A night out, singing along, discover the world below ground: In Bochum, the culture of celebration and industrial culture can be easily combined at any time, since the city in the heart of the Ruhr Area offers a little bit of everything. In the trendy district of Bermuda3Eck, you find one bar next to the other and those who would like to enjoy a curry sausage typical of the region, should pay a visit at Bratwursthaus Dönninghaus. In the Jahrhunderthalle Bochum the curtain rises for magnificent theatrical plays. Situated in the recreational area Westpark, the architecture of this former gas-fired power station is simply captivating. STARLIGHT EXPRESS, being performed in Bochum for the past three decades, is a must for all musical fans. But fans of history and technology have also come to the right place in Bochum: The German Mining Museum and the Railway Museum are definitely worth a visit for those interested in industrial history!

The winding towers glow brightly at night, music penetrates from former industrial halls and underground museums reveal their secret chambers. Where coal once used to glisten and glow, creative quarters, galleries, clubs and restaurants have now opened their doors to the public. Coal min towers, conveyor belts and machine halls are the face of industrial culture in the Ruhr Area and are part of the idendity of an entire region. The many historic buildings that once served the mining industry fascinate with a lively cultural scene, surprising events and an inspiring look from the past into the future of a unique region.
The heart of the explorer skips a beat between the elements that bear witness to the era of steel and coal. Guided tours on the roof of a former coking plant, street food in the shade of a winding tower or diving into the interior of a gasometer: The industrial culture in the Ruhr Area surprises, encourages creativity and lets you take a look behind extraordinary settins that have been closed to the public for a long time.

Just how exuberant and unusual it is to celebrate in the Ruhr Area was already demonstrated in the Capital of Culture year 2010, when the A40 freeway was temporarily car-tree and turned into the stage for a large open-air picnic. Even at the annual big event ExtraSchicht, an entire region is on its feet far into the night. The illuminated facades of former mines brighten up the evening sky, cultural institutions open their gates and secret places let you look behind the scenes.
Culture and cultural heritage are also reflected in the many small kiosks in the Ruhr Area. The ‘day of kiosks’ (Tag der Trinkhallen) is dedicated to them, where locals and guests celebrate an exuberant street party among candy and art. Another thrilling event is the Choir Festival !SING – DAY OF SONG, which is celebrated throughout the entire Ruhr Area. Choirs and symphony orchestras tune in together with visitors and the entire Ruhr Metropolis sounds and sings, from traditional “mining melodies” to pop and gospel songs. In addition to these major events, numerous other events attract visitors with different interests all year round.

Green floodplains, castles and mining towers extend along the Ruhr River. Excavation sites are remineniscent of the region’s Roman hisotry around the Lippe river. With the RuhrtalRadweg (Ruhr valley cycle path) and the Römer-Lippe-Route, the Ruhr Area offers cyclists ample opportunities to explore an area with a significant history up cloes on two wheels. Along the banks of the river, the two popular river cycle paths offer undisturbed cycling fun off the beaten track and allow you to travel back to times long passed. Away from the water, the Route of Industrial Heritage takes you by bike directly to the imposing monuments from the times of fire and steel.
The entire radrevier.ruhr with its numerous detours and paths around the main routes is more than 1,200 kilometres long. Be it a day trip or a long-distance bike tour, in the cycling area radrevier every cyclist will find their ideal route. The paths are mostly flat and provide perfect enjoyment away from traffic jams and noisy streets for all generations from families with children up to senior citizens.

Theatre in castles, music under trees and museums in former industrial complexes: the art and culture offerings in the Ruhr Area are as varied as its towns and villages. Top-notch exhibitions, thrilling theatrical performances and international artists alternate with colorful variety shows, summer music festivals, cabaret and classical concerts. Whether you are going to the museum, meet up with friends at the poetry slam or spend a stylish evening at the theatre – there is something for every taste in this artful cultural mix.
The museum landscape of the Ruhr Area with its network of the RuhrKunstMuseen art museums is particularly diverse. From the region’s history to modern art history, large and small establishments showcase new perspectives of old masters and young artists in several permanent and temporary exhibitions.
Great, multi-faceted theatre can be experienced in the combined theatres of Ruhr-Bühnen. Classical drama, world premiére and literary evenings, performance art, artistic ballet and sonorous operas such as philharmonic concerts and children’s and youth theatre attract numerous visitors to the halls every year. 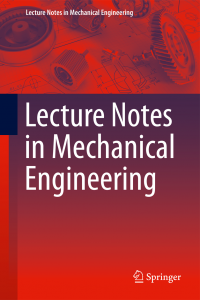